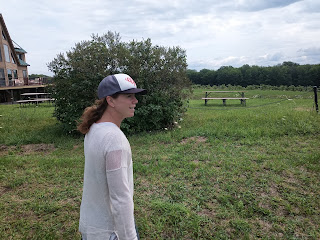 Kendra and Rob Knapik look right at home among the vines, sheep, and sweeping views of their Grand Isle Vineyard.  Their three kids and two dogs play happily on the expansive grounds.  At the far edge of the property sits an Airstream camper where they all lived for two seasons until they purchased the on-site home last year.  Kendra's knowledge of wine and farming is deep and the rows of vines and fruit project a vitality suggesting years of care and maintenance.  Step back just over three years, however, and the Knapik's path to the Champlain Islands and the survival of the vineyard was anything but a forgone conclusion.

Although they shared a passion for wine and some Grand Isle County lineage, their early life brought them nowhere near either. Meeting in grad school, they both received advanced degrees and wound up settling in Stowe.  Rob became chair of the Physics Department at Norwich University, Kendra a renowned Veterinary Oncologist.  Their direction seemed set.  While pregnant with their third child, however, the Knapik's began to weigh the demands of their professions against the benefits of striking out on their own.  They briefly considered becoming ice cream makers before deciding wine was the better choice. Kendra enrolled in a viticulture course at UVM and they began to look for the right opportunity.

While the Knapik's were establishing their career and starting their family, East Shore Vineyard in Grand Isle was on the decline.  After years of struggles, the vineyard had ceased harvesting in 2017 leaving the vines unpruned and weed-choked.  Support posts had fallen over leaving entire rows on the ground.  The property was put up for sale.

As it happened, the professor teaching Kendra's viticulture course heard about the sale and encouraged her to look into it.  In 2018 they became vineyard owners.  Taking it back to basics and applying their own unique philosophy the Knapik's used sheep to weed the vines, organic sprays, and hand thinning to keep away fungus.  When it came time to press, they resisted the urge to intervene or add sweeteners, instead relying on natural yeasts and trusting the flavor of their grapes. 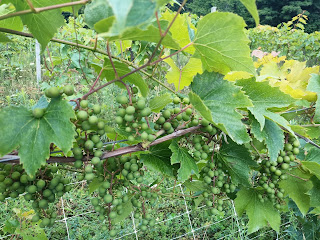 After two years dedicated to reviving the vines, they produced their first wines in the fall of 2020 under the new name Ellison Estate Vineyard.  This year they opened a tasting room welcoming the public onto their grounds for tastes of their fifteen different varieties and great views of Lake Champlain.  The tasting room is currently open Saturdays until the fall harvest.  The Knapik's hope to be able to open the tasting room more in the near future and also hold events in the vineyard.  More information about Ellison Estate Vineyard is available at ellisonestatevineyard.com or their Instagram account.  They will also be participating in the new Weekend in the Islands Festival planned for this October. 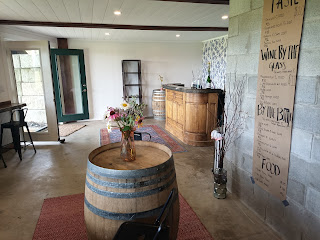