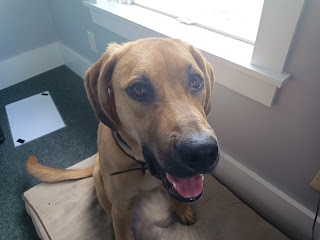 Life didn't start out well for North Hero's Marco.  At just eight weeks old he was found by a roadside in San Antonio, Texas having apparently been struck and dragged by a vehicle.  Discovered by good samaritans he was taken to a local animal hospital where he was treated for severe burns and his shattered rear leg was amputated. 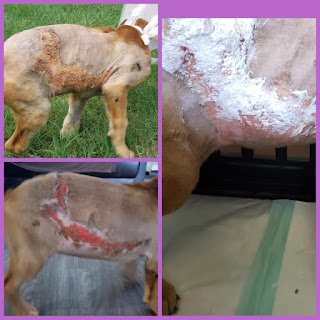 As he began to recover from his surgeries Golden Huggs Rescue in Vermont was contacted and agreed to take charge of his medical care and eventual adoption.  In the fall of 2020, he was well enough to be shipped north for foster care with Golden Huggs and in October 2020 was adopted by North Hero Town Clerk Corinn Julow and her husband Andy, and daughter Kayla. 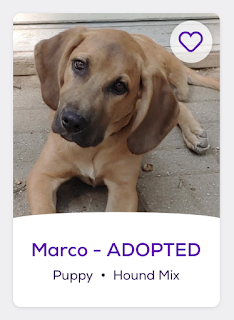 These days Marco can be seen around town running, jumping, and getting around as well as any other puppy.  He spent some time at the North Hero Town Office, making many friends, but eventually decided the office was a little too exciting for him, he occasionally still camps out at the LCIEDC office on more laid-back days.  He happily goes on three walks a day with his fur siblings and loves to swim in Lake Champlain and play in the backyard. 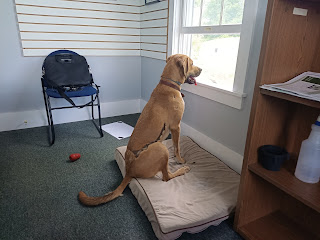